Amazing Gulls: Acrobats of the Sky and Sea

Suddenly I realized I was not alone. Near the water's edge stood a brave little band of gulls, bobbing up and down in the blasts — and curiously looking back at me. I braced myself as the gale began to show its teeth. We canted sideways, vibrating and rattling in the wild winds, then righted. Gull watcher that I am, I had to sneak a peek at my feathery friends.

Were they blasted off that sand spit?

But not to worry. They had lined up in a row to face the wind, ducking their heads down and putting their tails up. I figured out their secret: They were using their bodies as airfoils to make the wind press their tiny feet into the sand. Some wobbled drunkenly in the gusts but quickly regained their balance. They remained at their posts, like good soldiers, until the storm abated. Then they flew away. To me, gulls are the most interesting of birds.

From an early age, when I saw my first gull on Puget Sound in Washington, I became an avid gull watcher, and today I go to great lengths to watch them and to observe their behavior, sometimes aboard my trailerable sloop. With their distinctive V-shaped, high-aspect-ratio wings, they're wind machines worthy of any wind sailor's study.

Marvels of sophistication, gulls are able to shape and reshape their wing angles and even individual feathers for the best aerodynamic effect. They hover, soar the thermals, and then suddenly fold their wings, dive into the water, and instantly become fully aquatic. When they bob up again, they become airborne with just a few powerful flaps of their wings. I stand in admiration: Whoever designed these birds must have been a genius. Despite their beauty, gulls are not entirely appreciated. Those whose boats the gulls would favor sometimes say worse. Gull darn it, but I sympathize. Gulls poop on Persistence's bright-finished teak deck and mahogany cabin top.

I take care of any birdy problem when I do my pre-sail inspection. When I first arrive at my boat, I get a pail of lake water, splash it down as needed, wipe with paper towels, and dump the used wipes into a disposable plastic bag. Some boaters have tried other methods of dealing with gull poop by attempting to scare them off with old CDs flopping from a spreader, fake owls, and even lengths of ropes, but gulls are smart, quickly adapt, and it seems revenge is not far behind. One does not mock the gulls.

To me, the solution is to coexist with nature. Frankly, gulls were here first — long before boaters. You gotta share the air and water. What the gulls put down, the lowly skipper wipes up. The thing looked black and round, might have been some kind of insect maybe on migration, I only see this one that got lower as the others were really high. Take in the beauty of each day, and appreciate what everyday brings. Live life to the full but not recklessly. Love like it's your last day on this beautiful earth. 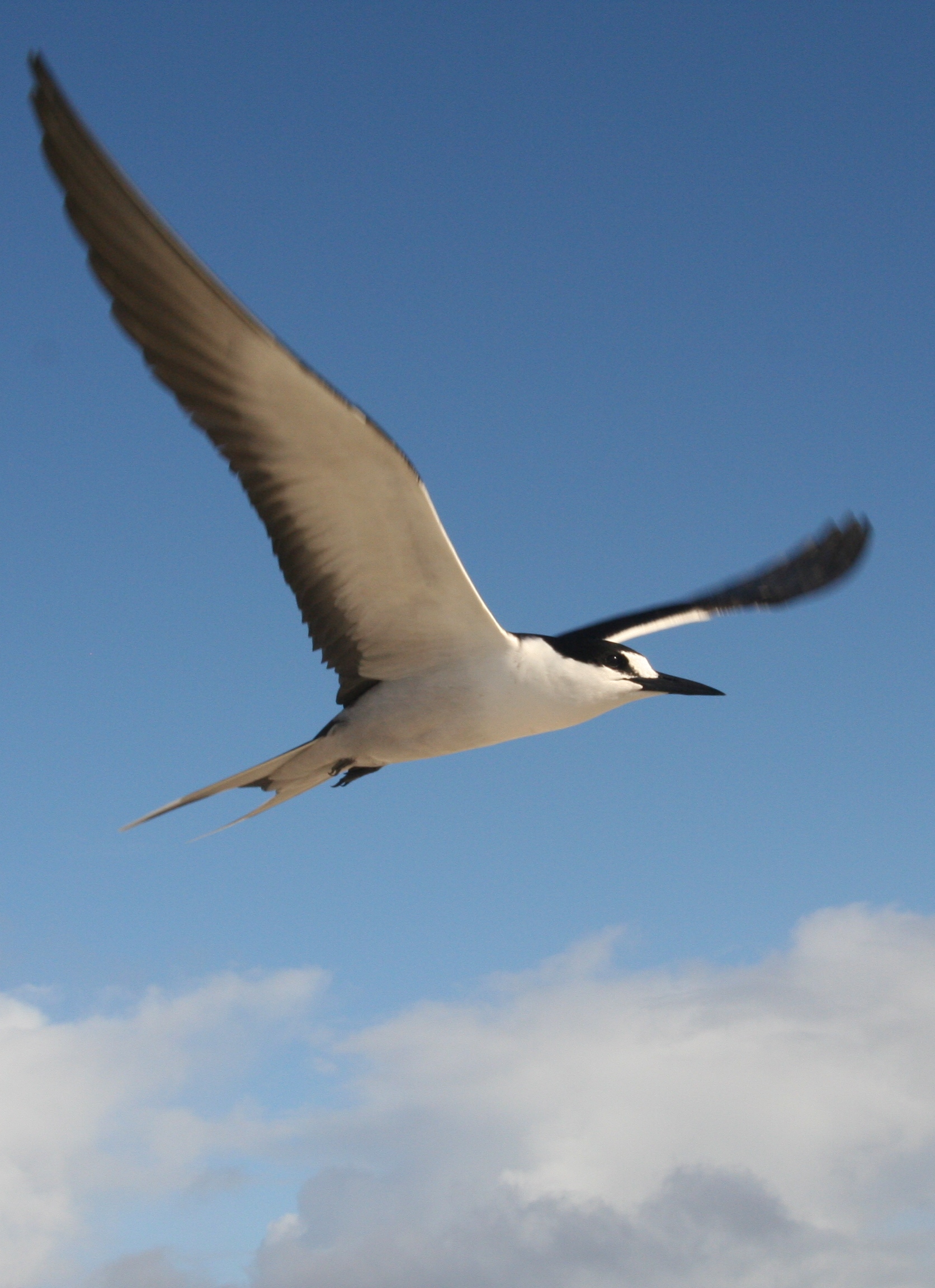 Although this is in the wrong forum, I can say that the smaller gulls will catch insects on the wing, especially where there's a big hatch of insects coming up. No doubt they'll catch an odd one they happen upon too. Starlings are also well known for hawking insects on the wing. In reply to Jackdaw :. I also saw this yesterday,must have been over gulls. It is I believe the flying ants that were around that get them to do this. In reply to madpenguin :. Gulls to catch insects on the wing, they usually congregate quite high up when the flying ants are out, maybe this is what you saw,.

See my photos on Flickr. In reply to Sparrow :. Gulls will certainly "hawk" for flying insects,Black Headed certainly do this quite often over the river near us when there is a hatch of flies,one of the insects they seem to go for is the black fly with longish legs,I think it is a St Marks fly or something like that. In reply to Seaman :.


The Herring Gull is a large gull that can easily be confused with almost any of the other large gull species, especially the Thayer's gull. The adult wears the typical gull-like plumage of slate-gray back and wings. The wingtips are black spotted with white. Their body and head is white and their eyes are yellow. The beak is yellow with a red spot on the lower mandible, as in most large gulls.

In addition to marine life, Herring Gulls also eat other birds, eggs, garbage, and carrion. Breeding and nesting time frame for Herring Gulls is usually in May to June. They winter in all but the northernmost breeding areas, from southern Alaska all the down to Baja California. They are also in found in Europe. Relatively long-lived birds, Herring Gulls don't typically breed until they are four or five years old. Herring Gulls are very social birds and prefer to nest in colonies.

Both members of a pair help build the nest, which is typically located on the ground in a sheltered location to protect it from the wind. The nest is a shallow scrape lined with grass, feathers, and other debris. The parents continue to feed the young by regurgitation for approximately another month after they begin to fly. The young first fly at the age of about six weeks. The Iceland Gull is a large gull which breeds in the arctic regions of Canada and Greenland, but oddly enough, not in Iceland, where it is only seen in the winter.

It is migratory gull, wintering from both sides of the North Atlantic as far south as the British Isles and northernmost states of the eastern United States. Its coloring is very pale in all plumages, with no black in the wings or tail.

Seagulls catching things in the sky and eating them

Adults are pale grey above, with a yellowish-green bill with a red spot near tip of lower mandible. The Iceland Gull, Larus glaucoides , top left picture breeds in Greenland during May to June, remaining in Greenland for the summer months and travels to Europe and the Northeastern United States for the winter. The Iceland Gull has no darkness in its wingtips, or only very little, compared to Kumlien's version which has more darkness in the wingtips.

During the winter, the Iceland Gull concentrates at the Arctic sea ice openings which are created by ocean currents and warm upwellings places the often nutrient-rich waters from the ocean depths rise to the surface attracting many fish where they forage mostly at the water's surface, where the ice is slushy. The Iceland Gull is divided into two subspecies. The western form known as "Kumlien's Gull," Larus glaucoides kumlieni , bottom left picture breeds in Canada and shows variable amounts of dark coloration in the wingtips.

The Kumlien's Gull is very easily and often confused with the Thayer's gull.

The Kumlien's Gull breeds in the eastern Canadian Arctic during the summer, and then migrates to the Atlantic coastline of Canada, with some straying down the Atlantic Coast of the United States. The Ivory Gull is a medium sized gull that is roughly inches cm in length with a inch cm wingspan. The adult feathers are completely white. They have black eyes, black legs and feet.

Oh no, there's been an error

The bill is pale gray and tipped with yellow. In the summer, they are usually found above the Arctic Circle.

The birds nest on granite, limestone, or gravel, and steep cliffs of mountains protruding from glaciers. Nesting colonies are usually close to their source of food, the marine waters that open early in May through June. In other seasons, Ivory Gulls are found along the edge of the Artic pack ice. They often arrive at their breeding grounds before the snow melts, but they don't build a nest until the ground is sufficiently thawed.